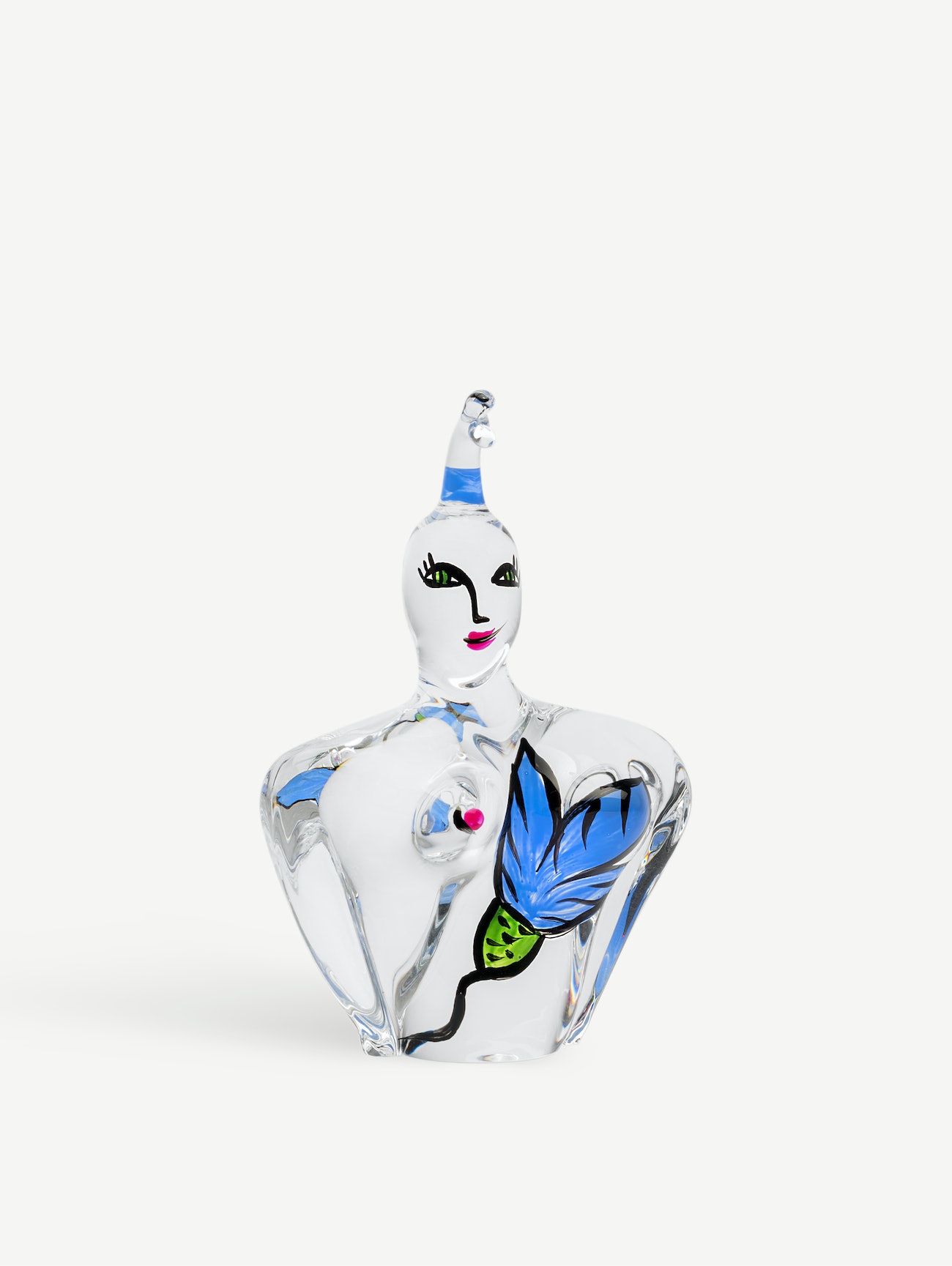 Husgud, UHV ED 300-22, the household gods followed Ulrica through life. The first ones she made, she shaped in clay long before she started with glass. Over the years it has managed to become a large family of house gods, very prized among collectors A limited edition with 300 pieces.

The household gods followed Ulrica through life. The first ones she made, she shaped in clay long before she started with glass. Then they were bigger and often black. But when she then chose to devote herself completely to the glass, she also let in the light and the joy of life in a new way. Over the years, it has managed to become a large family of house gods, appreciated not least among our many collectors of Ulrica art.

Staffan Bengtsson (who in books, exhibitions and TV films followed Ulrica over the years) tells us that she considered her house gods as house gods with whom she liked to surround herself in the studio when she worked.

- The artist's work is often lonely, but to alleviate the loneliness, she made those figures and placed some everywhere in her vicinity. With the help of the radio and these numbers, the days became shorter. She herself called them "loving forest gods". I think they gave her some kind of protection from the evil and stupidity of the world.
-Their size is also adapted to the hand and comfortable to hold!

In this year's collection, the house god has been joined by the snake, another of Ulrica's constant companions. The snake became in her world a mixture of terror and desire, safety and magic. Her concern for nature and animals is visible everywhere in her glasses.

Other customers liked these products